This is a 3 part story documenting the journey of Bronwen and Frans Stiene and the International House of Reiki to celebrate 15 years of Reiki Love. Read Part I here.

We began collecting manuals from different lineages and teachers and to research their content’s origins. It was fascinating. We made contacts around the world such as Light and Adonea from Arizona who had also been researching the system’s origins and from whom we also took a Shinpiden class, Robert Fueston who was studying Hawayo Takata’s teachers and many others, including Hyakuten Inamoto in Japan who was working with Hiroshi Doi and Mrs Yamaguchi.

2001 was an eventful year for the International House of Reiki. Frans travelled to Italy to study with Chris Marsh (who claimed to have studied with an old Japanese nun who was a student of Mikao Usui himself). Then we all journeyed to Japan to research the system of Reiki first hand. There we climbed Mt Kurama and Mt Hiei, and met with a number of Reiki Teachers including Hyakuten Inamoto, Dr Matzuoka, and Mrs Yamaguchi.

More surprises were in store for us in 2001. By the time we met Nevil Drury he had written 55 books and was the manager of Sydney’s only alternative bookstore. During a discussion on the system of Reiki we told him that we felt that the system needed a book that wasn’t just a personal Reiki journal but rather something new: a book that explored the origins of the system. There were no objective books which looked at the system as a whole – past, present and future. Nevil suggested that we were the ones to do it and he could help us. Most memorably he said, “If you know what needs doing, do it. It will turn out exactly how you want it to.” He also guaranteed that he’d find us a publisher once we had a chapter or two to show him. I remember the January morning when I opened my emails to find a message from the UK publisher, John Hunt, offering us an advance for the chance to publish The Reiki Sourcebook through O Books. It took me at least a year to write The Reiki Sourcebook. I had a small child and lived in a remote area of the Blue Mountains with Frans often away teaching Reiki in Melbourne, Perth, Brisbane or our Inner City Newtown venue in Sydney. There was research material spread out all over the office and it was a great relief when the book was finished. It was such a mammoth task to check and double check facts. Not everyone would be pleased to see facts about their evolution of their teachings written down in black and white. But Nevil had been right – The Reiki Sourcebook turned out to be exactly what we had imagined it to be and we have sold close to 30,000 copies to date.

In 2002 we bought our Tomah Reiki Retreat – five acres of paradise. We were attracted to the Blue Mountains in Australia because they reminded us of the mystical spirituality of Darjeeling. Lots of mist and open hearths. Today, we have built the Retreat up to house a small number of students and it is perfect for our small Reiki classes and personalized Retreats.

It was in 2002 that we also brought the charismatic Japanese Reiki teacher and monk, Hyakuten Inamoto, to teach in Sydney and Melbourne, a great treat for those Australian Reiki practitioners interested in Japanese forms of the system of Reiki.

To continue with developing our understanding of the system of Reiki and the variety of ways it was taught, Frans went back to Japan to study with Hiroshi Doi. Hyakuten Inamoto translated for him. Frans also continued learning from Chris Marsh and visited him every year in the UK. And, thanks to a successful fundraising effort funded by lovely IHReiki students, Frans travelled to Japan in 2012 to study with a shugendo priest to strengthen his personal connection to the Japanese practices. So, as you can see, learning never ceases and Frans’ quest continues.

Thanks to the success of The Reiki Sourcebook that came out at the end of 2003, people all over the world began to ask for us to visit and teach in their area. From 2005 until today, both of us, and more recently Frans on his own, have travelled repeatedly to North America, the UK, Europe and Asia teaching Shinpiden Reiki III courses – mainly to established Reiki teachers wanting to extend their knowledge of their practice. Frans has spoken extensively to groups and festivals about the Japanese Art of Reiki in all of these regions (often for free) and I have occasionally joined him or spoken specifically about writing and Reiki.

I stopped teaching and traveling with Frans to focus on writing and everything else that comes with having a family and a business. I went on to write a practical book called The Japanese Art of Reiki which focussed more on what we were actually teaching (in contrast to The Reiki Sourcebook), and a look at Reiki treatments called Your Reiki Treatment with lots of our case studies in it. There was also the pocketbook encyclopedia – A-Z of Reiki, and the practical card set The Reiki Techniques Card Deck which we hoped would encourage practitioners to use their techniques to build their personal practice.

A fun project we took part in was providing meditations to the ground breaking Journey to Wild Divine biofeedback game with Deepak Chopra. We provided three Reiki meditations for Earth, Heaven and Heart Ki techniques as well as Hatsurei ho for cleansing.

Around 2007, we began interviewing people through Skype and creating weekly podcasts that we called The Reiki Show. There was nothing like it on the internet at that time. And for almost 2 years we spoke to people about their professional Reiki practices in hospitals, dental clinics, at schools, in palliative care, with HIV positive patients and about personal practices where people helped themselves recover from major crises such as strokes. We also spoke to people who practiced other relevant Japanese practices and looked for ways to fill our listeners’ knowledge of the system from as many angles as we could think of.

In 2008, I was blessed to be asked to develop a Reiki meditations cd for Sounds True. I said “sure” as long as it focussed on self-healing – and that’s exactly what we did. With the experienced producer Randy Roark in Boulder, we created a healing cd called Reiki Meditations for Self-Healing. I returned to Randy and Sounds True in 2011, this time in Los Angeles, to create another cd with a focus on relaxation. Reiki Relaxation is a unique guided cd that gives practitioners the opportunity to “work” (using Reiki practices) at becoming relaxed, deeply relaxed. It was created with the idea that we need to take our healing into our hands and not rely solely on others to heal or relax us. Once you have the skills to do it yourself, you’re set!

Frans had an “out of world” experience in 2011 when he had his brainwaves measured while performing Reiki meditations and treatments on the self and others. Judith Pennington wrote about this in her book “Your Psychic Soul”. She said,

Frans’ brain wave patterns was so startling that I checked his hookups repeatedly to make sure the electrodes were snug and secure enough to transmit a clear signal to my Mind Mirror. The hookup was good, but the images were hard to believe.

We have always continued training ourselves and apart from personal practices have undertaken basic counseling skills courses, worked with a Qi Qong teacher from China, and gone to talks by true masters in their fields, all in the hope of strengthening our connection to our true selves and making ourselves the best teachers possible for our students and ourselves.

To be continued tomorrow… 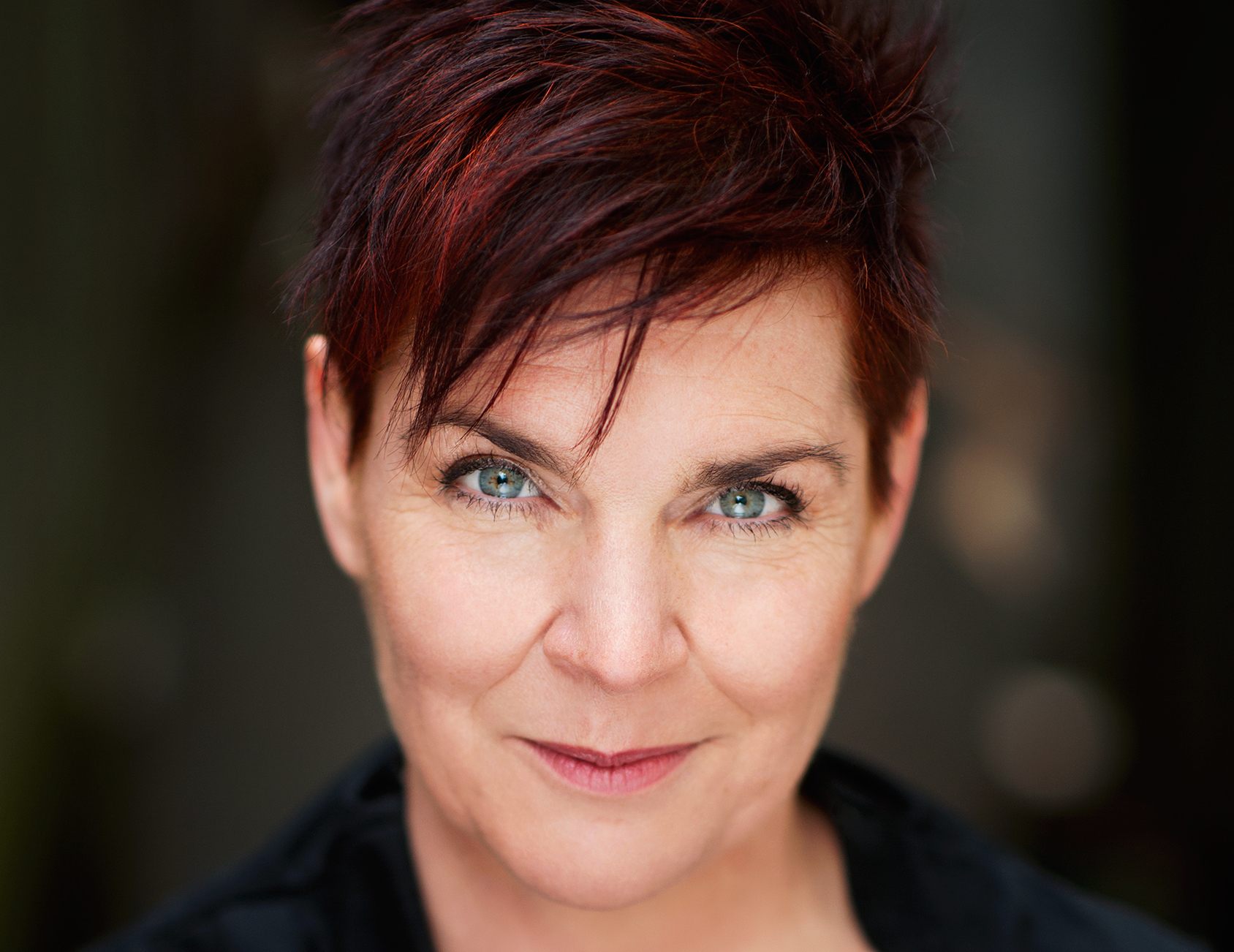 Based in Australia, Bronwen Logan (Stiene) teaches the system of Reiki is co-founder of the International House of Reiki and Shibumi International Reiki Association as well as co-author of the critically acclaimed books The Reiki Sourcebook, The Japanese Art of Reiki, A-Z of Reiki Pocketbook, Reiki Techniques Card Deck and Your Reiki Treatment. Bronwen is also the voice of their audiobooks and of the Reiki meditations available in the shop.