transcript of a talk by Frans Stiene

The other day I met up with a very old friend. I knew him when I was 16/17 and we practiced karate together. We then lost track, we went our own ways, and somehow he found me on the internet. He was looking up Shugendo and he came across my name and he goes “Oh I know that guy!” so he contacted me. We met up again on Saturday and it was really nice to get reacquainted again.

It was interesting, he has been practicing a Japanese martial arts for years and so it’s really interesting to see that even when we were 16/17 we had some common interests.

You know, we liked each other, and then all these years later I learned he’s also moved into the Japanese arts. He lived in India, like me, for a while – visited the same places. It would have been bizarre to actually bump into him there many, many, many years ago but that didn’t happen.

Anyway, because he lives in a different place, I went there by train and he said “before you go home I should introduce you to my wife and my daughter”. So we walk through a beautiful park near where he lives and as we’re walking along he says “Frans, why do you practice the system of Reiki?” and I said (it just flopped out in a way) “To become a better human being”. He slaps me on the shoulder and he said “That is a really good intention”. He also said “This is why I practice these Japanese arts as well”.

This is really important. I mean of course we can practice the system of Reiki to become more psychic, but it doesn’t mean we become a better person. Sometimes, actually, this is not the case. Sometimes we get sidetracked with all sorts of things and it becomes “I am better than the other because I can see things, I can read things”.

Some people practice the system of Reiki to do hands on healing on others, which is very kind of course, but it doesn’t always make you a better person. We really have to think about it. Because then people say “Look at me I’ve become this great healer” and sometimes it can actually really boost people’s ego and therefore you don’t become a better person.

Some people practice the system of Reiki to work on their animals, which is of course a great beginning but again, that doesn’t necessarily make you a better person.

We have to be brutally honest with ourselves – am I practicing just to teach and make money? Am I practicing because “I want to be compassionate to the world and I’m going to teach it to everybody” but then forget to practice on myself? Do we practice, or actually not practice, and we just see it as an intellectual exercise, doing research about the history of the system of Reiki – and again we do not sit on our butt and we don’t become a better person.

Therefore we have to really investigate for ourselves, why are we practicing the system of Reiki. If we correctly see it as Mikao Usui intended then it is all about becoming a better person.

What is this better person? That is a person with less anger, less worry, less fear – being more grateful, being more true to their way and their being, and being more compassionate to themselves and then others. In a way others come last. I cannot give you tea (or in this case coffee), I cannot give you coffee if I don’t have coffee, right? So therefore it’s first about becoming a better person for yourself.

Now of course we all have shit in our lives, some more than others, but then again that is really debatable. Because sometimes we see people in a similar situation and yet they react very differently because the way they take the situation, or the pain, or the discomfort, is very different.

A while ago I met up with two people that both had cancer. Same cancer. The one came into the room and she was just like a bright light, and she said “Frans, this cancer has really changed my life. I feel so good, I feel brighter, I feel more luminous, I feel happier, I feel less angry and less worried”. The other person had the opposite.

So therefore we cannot say that each person is going to react exactly the same with the same issue. We all react according to our habitual patterns – where we live, how we’ve been brought up, what school we went to, which country we live in etc. So therefore we all carry shit in our life. And we all have to try as much as possible to become a better person so that we can all hold hands – and this was what this conference was about. It was about standing in your power and how to make change for the world.

If we really want to change and stand in our power, we have to stand in this power, Not in anger, not in worry, but in this – in the precepts. We have to stand in – no anger, no worry, being grateful, being true to our way and being compassionate to ourselves and others – that is standing in your power.

This is the beauty, but also the hardest part – we have to do this together with everyone equally. We cannot say I’m standing in this power and I want to change the world for good and compassion but only with these people, not with those. Only with this country but not with that country. Only with people who think my way but not people who think another way. This is not standing in your power. This is not being compassionate and kind.

This first of all comes from becoming a better human being. This is so important especially when we start to practice the system of Reiki, investigate what is your intention, because the intention propels a certain outcome.

If my intention is just helping other people, helping other animals, or becoming more psychic, then of course we’re aiming at that. It doesn’t necessarily mean we’re becoming a better human being. Thus investigate your aim even if you are already a seasoned practitioner, or even a teacher, be clear about it. Because if we really want to see a better world this is what we first need to do. 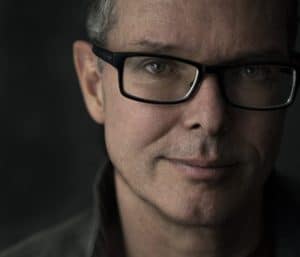