In spiritual practice, we often come across, and perhaps even use the word “Silence” a lot.

According to Google, in English, “Silence is complete absence of sound”. It is also synonymous to: “quietness, quiet, quietude, still, stillness, hush, tranquility, noiselessness, soundlessness, peacefulness, peace (and quiet)”

Mostly, as we can see, silence is absence of sound, and the quietness that emerges from it, and the hush / tranquility that may follow.

In Sanskrit, the word used is Mauna or Maunitva, which means “silence, taciturnity, silence of the mind”.

i.e. Mauna is not mere absence of sound, it is silence of the mind. Silence of mind is what is referred to more simply as “Silence” in most spiritual traditions.

i.e. Silence is a quietness from all sensory organs, and the mind.

What is the significance of Silence?

The Atharva Veda says this of the True Self: He cannot be seen by the eye, and words cannot reveal Him. He cannot be reached by the senses, or by austerity or sacred actions. By the grace of wisdom and purity of mind, He can be seen, indivisible, in the silence of contemplation. This invisible Atman can be seen by the mind wherein the five senses are resting.

Lao Tzu says this of the True Self: Empty yourself of everything. Let the mind rest at peace. The ten thousand things rise and fall while the Self watches their return. They grow and flourish and then return to the source. Returning to the source is stillness, which is the way of nature.

In the Bhagavad Gita, Krisha (incarnate of the Divine), says: I am silence among all secrets.

Mother Theresa says: Silence of the heart is necessary so you can hear God everywhere — in the closing of the door, in the person who needs you, in the birds that sing, in the flowers, in the animals.

Ramana Maharshi says: Silence is the ocean into which all the rivers of all the religions discharge themselves. It is the speech of the Self.

Meister Eckhart says: Nothing is so like God as silence.

All these sages and treasured works say that Silence is the gateway to the True Self.

What is the impact of Silence?

and: The direct experience of the Self, silence, is the axis of everything. This is the summit, the highest good.

and: Those who have sunk deeply into the ocean of silence and drowned will live on the summit of the Supreme mountain, the expanse of consciousness.

and:From silence came thought, from thought, the ego, and from ego, speech. So if speech is effective, how much more so must be its source?

and this clear explanation of how Silence unleashes an impact beyond description from one who is self-realized:A realised one sends out waves of spiritual influence, which draw many people towards him. Yet he may sit in a cave and maintain complete silence. We may listen to lectures upon truth and come away with hardly any grasp of the subject, but to come into contact with a realised one, though he speaks nothing, will give much more grasp of the subject. He never needs to go out among the public. If necessary he can use others as instruments.

The Guru is the bestower of silence who reveals the light of Self-knowledge that shines as the residual Reality. Spoken words are of no use whatsoever if the eyes of the Guru meet the eyes of the disciple.

Abiding in Silence is BEing in and as True Self.

How to Practice Silence?

There are plenty of great practices one can adopt to cultivate silence.

In the system of Reiki, I have found the following.

When I practice the breathing meditations of Joshin Kokyu Ho, Hatsurei Ho, or Seishin Toitsu, towards the end of the concentrated practice, the silence is already there. I just can sit still in the silence that already emerged in the practice.

Same is true of the chanting practices of CKR, SHK, HSZSN, and DKM. I find that towards the end of my concentrated chanting, the silence is already there. I can simply avail that silence and be that silence.

And in reality, for me, my hands-on healing sessions are an exercise is diving into that silence, and being that silence, so that my presence can offer the recipient the potential for their highest good. For me, as Frans Stiene, has written often and teaches consistently, hands-on healing is not about doing, but about being in and as silence. And as the sages and masters say above, that Silence, which is devoid of the “I” thought, that stillness that is already within, is the realm of True Self, and is the language of True Self.

In time, with deepening practice, one comes to realize that Silence wasn’t something that needed practice, Silence is who we truly are.

In this way, the ever-deepening practice of Silence is a way to recognizing we are Silence. 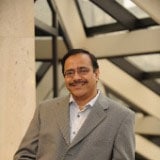