On a cool evening in March 1926, Usui Mikao climbed the rough path to Mount Hiei; a mountain near Kyoto dedicated to Tendai Buddhist traditions. He was carrying a basket filled with vegetables and enjoying the crispness of the air when he stopped in his tracks. There, glinting in the moonlight, was a blue rectangular box with a flashing light on top; large enough, it seemed, for a person to stand up straight in. Across the top in foreign lettering were the words POLICE BOX. His reading of English was adequate from his studies and travels. There was no owner to this box in sight. In the quiet of the evening, Usui pondered its meaning. Everything was meaningful in life if one cared to look at it from this perspective.

Usui knew this path well. It was the back way to the main Amidha temple and was not regularly traversed at this time of night. Who would have carried such a strange box to this place and then left it here? He put down his basket to inspect the blue box. Slowly, he paced around it, his eyes moving up and down its façade with curiosity. He pulled at what appeared to be a doorknob on one side and the blue box opened. Usui stepped inside and the door closed.

A strange eeeuuueeeuuu sound came from the box and it disappeared off Mt Hiei.

Stepping hesitantly from the miracle machine, Usui found himself in a hallway with an exotic whiff in the air. He padded his way to a door from where a beat issued steadily forth. On the door were more English words: REIKI SHARE TONIGHT, 1st December 2007, EVERYONE WELCOME.

There were some type of Japanese kanji next to the words which could have been a simplified version of REI and KI: spiritual energy. He wondered if this was this the reiki that was referred to as being ‘shared’ and was it really 2007?

He pushed at the door and saw an unusual sight. Seated cross legged on the floor were a couple of people banging away at drums and humming; in the corners were others, twirling like drunken dervishes to the rhythm; and in the centre of the room was a table surrounded by bodies. Usui glimpsed in-between them a person lying on the table – apparently sleeping through the mayhem. Those around the body moved their hands either over it or rested them at places in some action reminiscent to Tenohira practice.

The entire room’s eyes were closed.

“Excuse me, please”, was whispered behind him and he moved aside to allow someone to enter the room and join those seated. Usui went to follow suit as inconspicuously as possible but stumbled as one of the whirlers escaped from the corner and banged smack into his side. The whirler’s eyes momentarily flew open to glare at Usui.

Seated in seiza he watched the show around him with fascination. Along the walls were posters of lotuses in sunlight and mountain peaks covered in snow. One poster indicated the human shape with unfamiliar coloured wheels swirling along its form.

At the end of the room was a table with candles, and a statue of an Indian deity. The centrepiece was a large photo of someone who actually looked familiar. He strained to see the image more clearly when his own gasp winded him. Surely, that was him, Usui Mikao.

The drumming stopped which brought the whirlers and people at the table to a halt. A seated circle formed on the ground as one of the drummers spoke.

“That was fabulous everyone. Jenny, you can get down off the table now. Wow you look spaced out! I could really feel that bad energy leaving you as you lay there. Could you feel it? Yeah? That’s great!”

Others shared their views of what they had seen which included a raven picking out purple flowers from her feet and an old Cherokee Indian woman circling her.

The drummer looked straight at Usui.

“Welcome to our new friend as well. You look a little pale, energy work can be quite exhausting if you are not used to it. Perhaps you would like to lie on the table for the next share.”

Usui was helped onto the table, where he lay stiffly, waiting to see what these people would do and wondering if his life was threatened in any way.

“For our new friends we like to give a little background as to what we do here at this centre. The true Reiki was taught by Buddha to a select few students and this was passed down secretly in Tibet until it was rediscovered by a Japanese man called Mikao Usui. Apart from his regular Reiki teachings he did teach some students these very secret teachings. We are the only Reiki centre in the world to know about them and we practice them here at our Reiki Centre.
What we do is this: when you get on the Reiki table we channel energy into your body to heal you. If you are wearing a watch you might want to remove it as the power of these treatments might break it. “

Usui could not close his mouth. Was this man really talking about him? And what did he have to do with Buddha? Was this man unhinged? And Tibet? His practice did not come from Tibet, and he never ‘rediscovered’ some secret teaching or even called it Reiki. Usui thought about his personal practice and wondered how his simple teachings had become so distorted and unrecognisable. Everyone knows what Reiki is… spiritual energy, why would he alone make claim to it like that? And what was the drumming, the dancing, the table? He even considered explaining to the man that no matter what these people’s ‘powers’ only he could heal himself although it was kind of the man to offer!

Instead, Usui gathered his robes around him and fled. A momentary stunned silence at the share ensued until the drummer announced confidently to the assembled group: “Sometimes Reiki can be a little overwhelming; he’s sure to come back.”

Usui bolted for the blue box and shut door behind him.

Yet again, that eery eeeuuueeeuuu sound wailed from inside the box and it disappeared.

Usui’s head emerged from the POLICE BOX as he cautiously peered around to see where he had ‘landed’. He was definitely somewhere new. Before him was a startlingly white tiled room with a large rectangle that reflected his shocked face, a long white pod (large enough to lie in he thought) and a white seat curiously filled with water.

Leaving this curious space behind him, he headed through the house until he came to a room that announced the words:
JAN REIMER, REIKI MASTER, PSYCHIC and CHANNELER
QUIET! SESSION IN PROGRESS: 01/12/2007

He knew that this sign was meant for him – another challenge set in 2007 related to the word REIKI or spiritual energy. How, he pondered, could one master reiki? Perhaps the answer to this question lay behind the closed door.

Inside, the room was crowded with people sitting in all variety of chairs. Some leant against the wall, while others sat on the floor. All were hushed, listening and watching in apparent fascination to a woman seated on a straight-back chair against a wall. Her eyes were closed and she was mumbling. Not wishing to draw attention to himself, Usui seated himself on the floor near the door. Her words gradually became clearer as she spoke in a deep, stilted voice.

“I am so pleased… to see… so many of my… faithful friends here.. tonight… I am also… happy.. to share with you… some great news.. that I… have never before… shared with my students. You… are the wise ones… who will take this knowledge.. out.. into the world.

Watch my hand… as I draw.. for you.. a new Reiki symbol… one that will create peace.. in all lands. When I move my hand.. the movement of peace will begun.”

She waved her hand in an arc and flicked its end off into the universe.

The crowd “aah”-ed moving their hands in unison flicking peace out into the world while Usui shuddered.

“Does anyone have any questions for Doctor Usui before he must leave?” another woman asked of the crowd.

Usui escaped through the door as the circus continued. He moved quickly back down the hallway and into the white tiled room. Here, he slipped into the haven of his blue box. The now familiar eeuuueeeuuueeeuuu cry took him far, far away.

The blue door of the time machine opened out onto a quiet night on Mt Hiei. There on the grass was Usui’s basket of vegetables as if he had just put them down. Picking up the basket he slowly padded up the mountain side, his mind revisiting his adventure into the future.

There was no explanation for what he had just experienced. It was almost as if he had entered an alternate future world. Perhaps it was not alternate and simply the truth.

If so, could so much change in just 80 years? Strange things being acted out in his name in English speaking countries so far from his homeland, Japan. That he had become a doctor who had achieved an iconic status! He was no doctor and certainly no icon.

The things he heard stated in his name would never have passed his lips. They were simply not true. He knew nothing of Tibetan teachings or ‘power’. He taught others what he himself practiced, nothing more or less.

Tomorrow he would be travelling to Fukuyama to support people in finding harmony in their lives. He would be pleased to leave this unsettling experience behind him.

Post Script:
Sensei, accepting the invitations, went to Kure and then to Hiroshima and Saga, and reached Fukuyama. Unexpectedly he became ill and passed away there. It was March 9 of the 15th year of Taisho (1926 A.D.), aged 62.
Excerpt from Reiho Choso Usui Sensei Kudoko No Hi
(Memorial of the merits of Usui Sensei, the founder of Reiho) 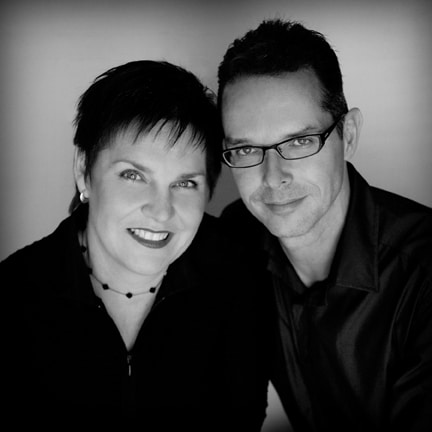